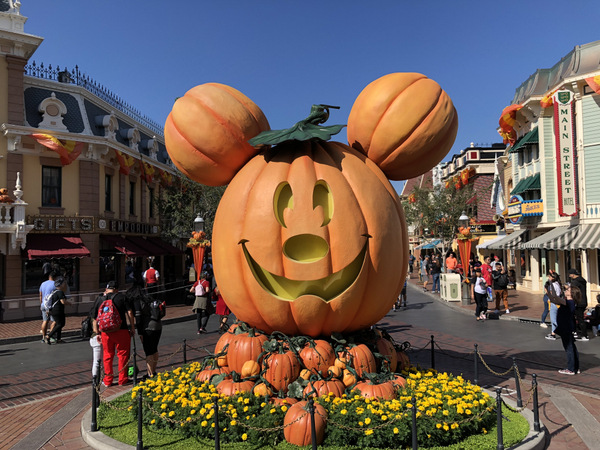 Since Halloween is my favorite holiday, and Disneyland really embraces it, I’ve been really wanting to go during the month of October. Once I heard Vampirina was making her first appearance and meeting fans, we were DEFINITELY going. I’m not sure who was more excited to meet her, me or my girls! 🙂 (We had to get back in line to met her twice, but it was my oldest daughter’s idea, I swear!) 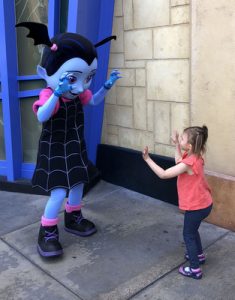 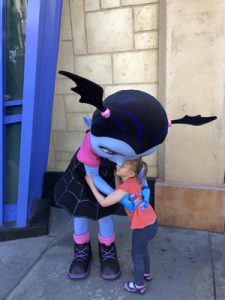 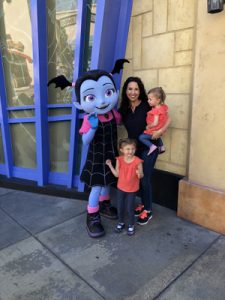 I knew from my previous Disneyland experiences that plant-based dining is totally possible, but requires a little advanced planning. And honestly, the options aren’t that great. I hear Disney WORLD has much better vegan options. It seems like DisneyLAND is finally stepping up its game. In fact, this last trip was SO much better that we actually enjoyed the food!

Full disclaimer, this is by NO means an exhaustive list of vegan foods at Disneyland! You can read my other writeup Vegan Guide at Disneyland for more options, and search around online for the most up-to-date info.

So sit tight and let me share some secrets that I hope you will use and enjoy too! 🙂

First off, Lamplight Lounge in Pixar Pier, Disney California Adventure was my latest find. The menu as written isn’t too veg-friendly, but if you ask they have about the best vegan dining options I’ve seen yet. 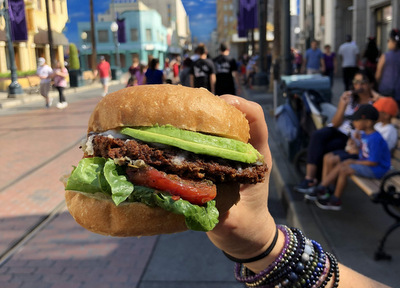 Impossible Burger served with roasted plum tomato, red onion, avocado and malted fries. It was SO yummy! I don’t think it’s on the menu, but just ask for it! They are happy to serve it to you! You can also request Daiya cheese and a gluten free bun! 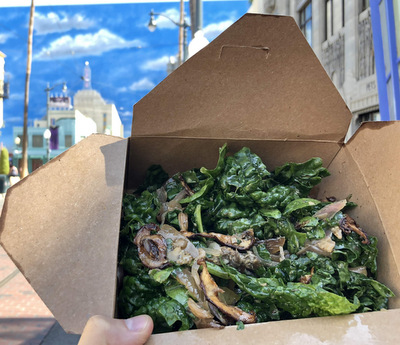 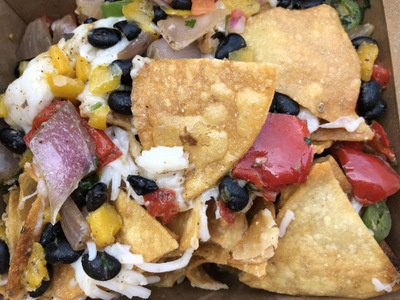 Vegan Nachos with black beans, pico de gallo and vegan cheese. (If I get this one again, I would definitely say no jalapeños since I’m not a fan of spicy, but appreciated the option.) This one is also not on the menu so be sure to ask for it! 🙂

They also have a Ratatouille that can be vegan (without the aioli and cheese). We were eyeing but thought it was be too much food so we didn’t order it. I heard you can add tofu to it as well!

Candy Palace at Main Street, U.S.A in Disneyland has a few vegan treats, and we hit it up as well. 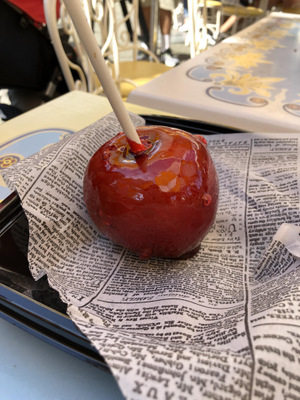 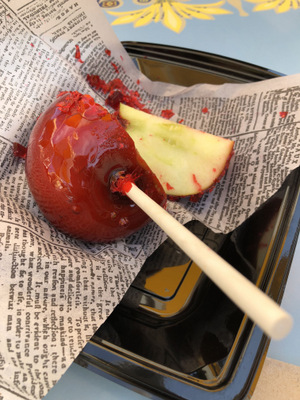 On Fridays in October, the candy apple section of Candy Palace and Candy Kitchen has a vegan Cinnamon Candy Apple! It had a pleasantly strong cinnamon taste and smell – at first I thought maybe it was my non-toxic Thieves spray I doused my hands with before eating, but no it’s actually that cinnamon-y! A super-rare treat in my book, with the dye and sugar, but a fun way to celebrate Halloween at Disneyland! My oldest daughter and I weren’t a fan but my youngest and my husband enjoyed it. It was so big only half was eaten!

In addition to regular treats, most of the food places around Disney had a “spooky” drink or snack to add a little fun to their menus. Like a cauldron bucket of popcorn (that’s vegan since the “butter” is actually just chemicals, lol), or a “poison apple” mug for drinks. I loved it!

I REALLY, REALLY wanted to get the Mickey Vampire sourdough bread! (Mickey with fangs! LOVE it!) and went to many different spots/carts around Main St USA, but couldn’t find it. When I got home, I learned it’s only in Disney California Adventure which explains why I couldn’t find it. If you go, please bring me back one. I really want a Mickey Dracula! 🙂 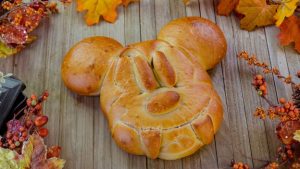 And the final reason to visit Disneyland in October: all the characters are IN COSTUME! 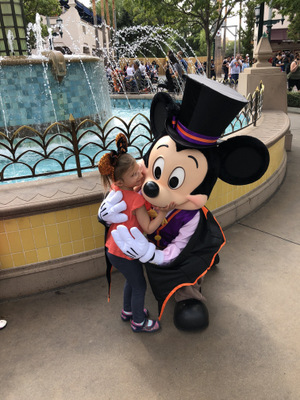 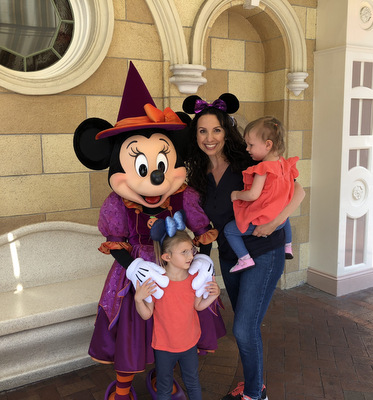 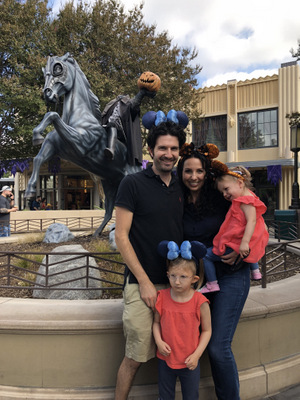 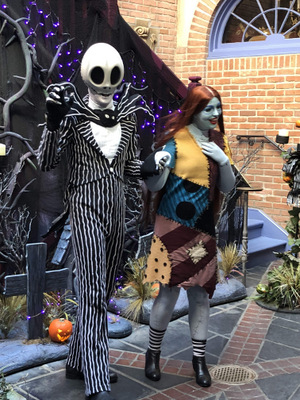