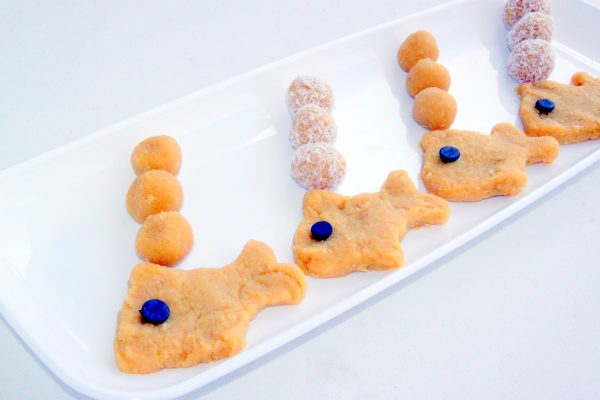 When we got back from our east coast trip my toddler was still on summer break from preschool. I had a list of fun things to do with her like making frozen chocolate banana pops (recipe soon!), planting more veggies & herbs (our last crop fried in the hot SoCal sun while we were away!), swimming in the pool, going to the beach and… having a lemonade stand! It was her first one ever! 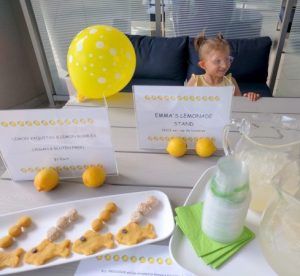 The morning of, my daughter and I made lemon cookies. But these were no ordinary cookies. Of course they were vegan and gluten free, but that’s not what I’m talking about. These cookies were in the shape of fish and bubbles! Specifically, vaquitas. We decided to do those shapes because all the proceeds from the lemonade stand were donated to SAVE the ocean and the vaquitas! My daughter LOVES the ocean and everything in it! (We left from our mini trip to the Jersey Shore, only to be back on the beach at the Pacific, a day later!)

So what are vaquitas, and why do we need to save them? 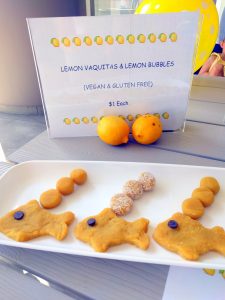 Vaquitas are small porpoises, and are the world’s most endangered marine mammal. There are less than 30 of them left in the northern gulf of California.

The money she raised went to the Leonardo DiCaprio Foundation. This year, the LDF worked with the Mexican government to establish a conservation plan to protect the last remaining vaquitas.

Last year, the LDF helped protect more than 1.6 million square kilometers of ocean – more than twice the size of Texas – including the creation of the largest marine reserve in the world.

Cups of lemonade were by donation and the cookies (organic, vegan, gluten free) were a bargain at $1 each! I told her Mommy & Daddy would match whatever she made and we’d send all the money to the foundation.

In 45 minutes, on a warm sunny LA weekday afternoon, she (and her 10 month old baby sister!) made $43. So we donated $86. You can help too! Donate here to the LDF, World Wildlife Foundation or NRDC to save the oceans and the marine life within it. If we don’t have oceans, we don’t have life. It’s really that simple. 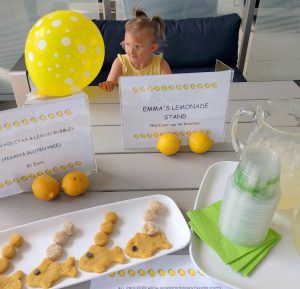 Below are the Lemon Fish & Lemon Bubbles (or BITES) Cookies. Super easy and super fun to make with the kiddos!

People were raving about the cookies and have already asked for the recipe. (Pro tip: it helps me write up and post recipes faster when folks ask for them!) 🙂

If the kids are still on summer break (or need a weekend activity), this is a really fun one! 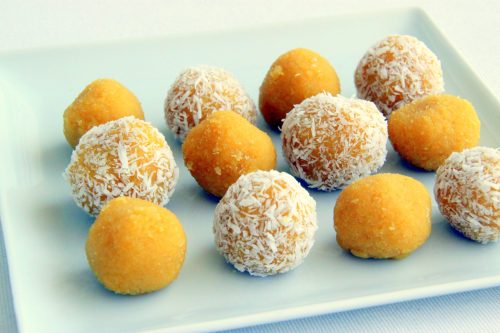 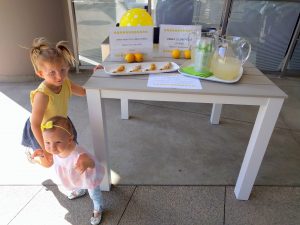